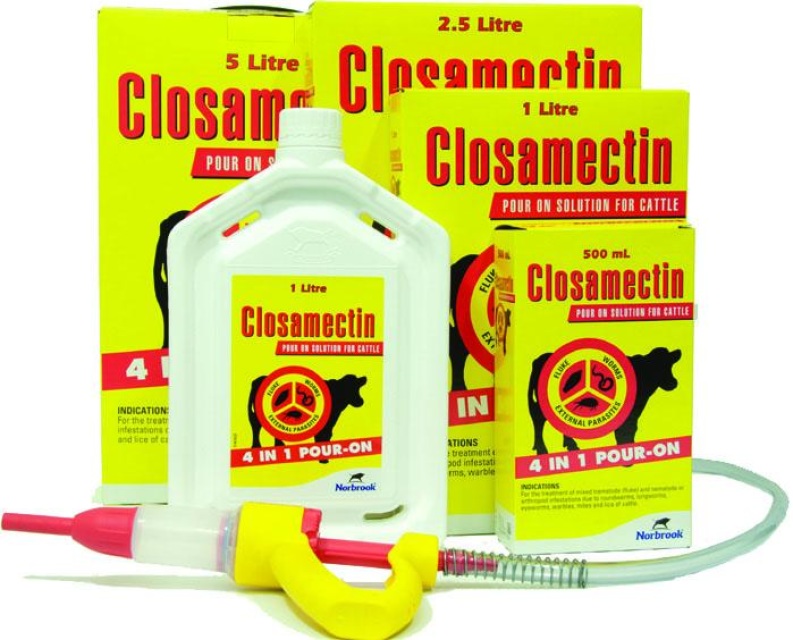 Add to cart
Delivery & returns info
About this product

Dosage for cattle: 1 ml per 10 kg of bodyweight.

Make sure to always read leaflet enclosed with information on Bimectin Plus injection before admiration to animals.

Administration: Access bodyweight carefully prior to administration. Closamectin Pour on solution may appear cloudy, allow to warm in room temperature will restore normal appearance and will not affect efficacy.

Withdrawal:  The withdrawal period for beef cattle treated with Closamectin pour-on has increased from 28 to 58 days some boxes are still labelled 28 days but farmers must be aware the it has increased to 58 days. Closamectin is not authorised for use in cattle producing milk for human consumption.

Different Periods of the year Closamectin could be used:

It is recommend that you treat your cattle for fluke at least twice a year once at or shortly after housing and again following turnout.

Housing provides an important opportunity for parasite control in cattle. The main targets for parasite control at this time of year are gutworms, lungworm and liver fluke. Cattle only pick up these parasites when grazing. Therefore, once housed, cattle will no longer pick up new fluke or worm parasites. This means that effective parasite treatments at or after housing should keep the animals virtually free of worms and liver fluke until they return to pasture the next year

Closamection Pour On is effective against adult and late immature fluke, using Closamectin to treat cattle that have been out on grass for eight-to-10 weeks will kill fluke that were picked up early in the grazing season.(turnout)

If cattle are out wintered, dose for fluke between October and December and then a second time at April/May to treat the infection they may have picked up over the winter/spring).

Benefits of using Closamectin Pour on:

CLOSAMECTIN POUR ON added to cart

Accept All Reject All Settings